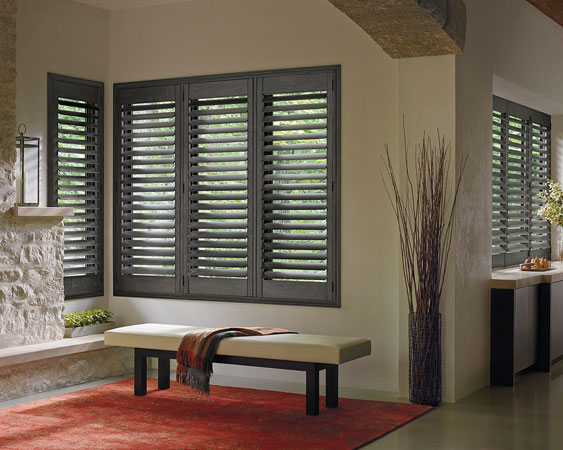 There are far too many reasons why you might be thinking of freshening up your windows a bit.

Have they been looking a bit dull lately? Or, perhaps, you’re looking to decorate according to the season? Maybe you’re planning to redecorate your whole room? Well, whatever the reason may be, what’s sure is that choosing the right window treatments is not easy, especially for first timers.

For example, a common mistake many people make when buying window treatments for the first time is to focus solely on looks alone.

While that certainly “may” work, doing so neglects much more important factors, such as what you want in a window treatment (function), where it’s going to be used in (location) and more importantly, how much privacy you want it to provide (privacy).

The Importance of Function

Each room in your house has a different purpose. You have a room for sleeping, showering, entertainment and so on and so forth.

For example, your family room or playroom will definitely need window treatments that let in natural light, all the while adding to the overall beauty of the room. This way, such rooms are more comfortable to look at and because of the added natural light, are much safer to move around in.

In contrast, rooms such as your home theatre or media rooms are much better suited for thicker window treatments. The reason? Well, plenty, but let’s start with sun glare and your big screen TV.

As for entry ways, it’s a good idea to choose window treatments that are huge as large as your windows, and are lighter in color. This makes your house look much more inviting.

For more private rooms, such as your bedroom, we’ll move on to that in a short while

Window Treatments for the Right Place

You’ll also want to base your window treatments on where you’re going to use it, and more importantly, where the rooms are facing.

Rooms facing your next door neighbors, or an adjacent street would definitely need a bit more privacy than usual. In contrast, rooms that are on the second floor won’t need to be as private, though you’d want the option to be able to close the curtains when necessary.

Adjustable wood blinds, for example, would be great for your kitchen as they allow you to control just how much direct sunlight can get into the room. By that same reason, they’d also work great with your bedroom, though one could argue that thick draperies are better suited for such cases.

In any case, it’s best that you also consider where your rooms are placed, as well as where you’re going to put the window treatments so as to arrive at the right choice.

Several rooms in your house require privacy. In fact, your whole house needs to be private, but some more so than others.

Bedrooms are a different story and you’d need them to be as private as you can. Though, you should adjust the sort of window treatment according to your needs.

For those with infants and toddlers, a room that’s private enough to allow you to put them down during the day, as well as one that ensures a good night’s sleep, is necessary. Blackout shades that keep rooms almost completely dark are great for such purposes.

Traditional curtains, though, may not be for everybody. If that’s the case for you, you can try modern shutters. They still look good and can block out sun light, but they’re not as cumbersome to use as compared to curtains.

Once you’ve finished considering function, privacy and location, you can then proceed to choose the right styles, colors and overall décor. And, since you’ve already filtered out possible “good-looking” window treatments that aren’t going to offer you much other than that, choosing the right ones just couldn’t be any easier.

Just remember, when it comes to window treatments, it’s always function, privacy and location, in any order, first before style.